My mind floats terete,
wrapped in a single surface
of self-reflection:
a flaky, birch bark conceit —
a defense against the world.
Poised as a flower
on it’s electrical stem,
blooming rather late,
finds the source of its power
a well of solemn rebate.

Yesterday was the first day of my Christmas vacation.

I thought this year I’d take the two days after Christmas off so that I could have a five-day stretch after, before going back to work. Unfortunately, someone else had already laid claim to it, so I was out of luck. After finishing our latest recruit’s training paperwork, however, I took another look at the schedule and discovered that there were five days before Christmas that nobody else had taken off. I was able to take that off, and now I’m on day two of a twelve-day staycation . . . through Christmas day.

I couldn’t be happier with the way that shook out.

The blizzard that has taken the American Midwest by storm (pun intended) is still doing its worst, although things are quiet around here this morning, and the worst thing we’ve had to do, I believe, is the wife had to go clear out the window well around the dryer vent. For my part, I was planning a supply run when I realized I had fully intended to write a blog post first thing in the morning. Of course, this is that for me because I just came from working night shifts Tuesday night and I have the supreme luck of being able to skip the rest of this round of nights — but I was up until three in the morning playing Fortnite. Up at 0900, delete a fresh, steaming load of emails; cup of coffee; sit down to write a blog post. Sounds like a good start to the day to me.

So here I am, day two, and there’s some potential here. Coming back to the page, drying out and doubling down on my intent to do things right and well. Because every day is the first day of the remainder of our lives, and that’s exactly the kind of reflection that can put our priorities in perspective.

I hope your holidays are finding you well and preparing for a celebration of life lived rebelliously well, in spite of the darkness.

My newest discovery, Jonathan Doyle. I was proudly blogging to this, after finishing a vintage vinyl pressing of The Who’s Meaty Beaty Big and Bouncy. 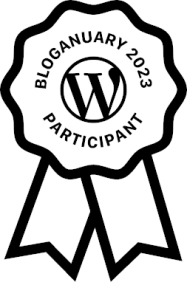