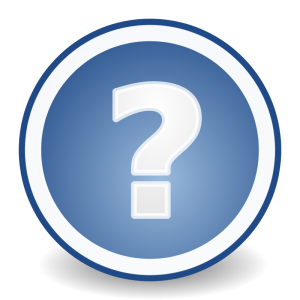 Note: if you think you’ve seen this post before, rest assured that you are not crazy. Today’s Daily Post prompt happened to fit exactly with this response to the weekly What If? Writing challenge so I just added the link and changed the date. This will allow me to work on some projects today.

So October is well underway, and this is a month when everybody’s thinking about scary stuff, and scary whatnots because Halloween happens at the end of the month; we’re essentially on the run-up to this so-called celebration of an old pagan holiday on which the dead would return to life. This week’s What If challenge asks us to talk about a time when we were really scared, or when we really scared somebody; or if we have a good prank in mind which would scare somebody – something of that sort.

Now, I’ve been scared plenty in my life. I could tell you about the time I was buried alive, but I’ve already written that up in a post. Feel free to go back and read that if you like. There was a time in high school when I was doing a ropes course at a class trip, and I fell off the bridge; fortunately, I was tethered to a guy wire so I didn’t fall very far, and I was caught by my harness (thank you OSHA.) That was kind of scary, and it was their fault; they told me to close my eyes, and I probably shouldn’t have, but you do what an adult tells you to do, or at least that’s what I always thought.

One time when I was probably about ten years old, I was attacked by a great hairy beast. When I knocked on my friend’s front door, his ginormous German shepherd that I didn’t know about came bounding out without warning, knocked me over, and was standing on me. And then Ernie’s mom had to call him off, saying “caca!” (I don’t know if that was a mom thing, or what?) I was so shaken by the experience that I was crying. Not a funny prank! And that’s pretty much my reaction to being scared by these types of unpleasant surprises. Whether it’s intentional or unintentional, my reaction is typically one of anger bordering on rage, culminating in the desire to hit, punch, kick, or otherwise destroy something. I’m pretty good at not doing that, but the urge is still there. Put simply, being scared is not a thrill I enjoy like some people might.

And so, aside from jumping out from behind corners of my daughter, I’m not so sure that I’ve intentionally scared anyone or would want to, because you never know what might hit you in the face!

Oh we love a good story, but seriously: does anything really “scare” us anymore, in the traditional sense? We don’t sit around at night fearing demons and bogeymen these days, but instead we’ve allowed the proliferation of media to fill the world with perverts and rapists and psychopaths – shattering the trust we once had in our worlds and our communities; we replaced that supernatural face in the mirror with a human one, and we all suffer for for it. We hear about the death of the tight-knit community and the rising prevalence of introversion (“it’s not just for weirdos anymore!”) – How do we suppose that came about? We are all so afraid of the world and of each other – not to mention dirt, germs, and all manner of things that we can’t see – that we’re throwing away institutions built up over tens of thousands of years of human evolution and history as a blind defense against – what – life?

This is why were not scared of werewolves and vampires anymore. This is why the new face of terror involves zombies and mutant hillbillies at rest stops. And honestly, how much do those things really scare us? I’m not so sure.

I think the one thing that really scares the pants off me is the thought that while I’m at work my wife might slip and fall on something on the floor – which is a real possibility – and hit her head or break her neck, and I’m going to come home and find her dead, and my daughter crying, or worse. This is why I think that the bravest thing a family man can do is go to work every day. Because you just don’t know, and you have no control. In the end, you’re just throwing it all to the wind, but maybe it’s better there. Perhaps we place too much value on control.

What do you think?

This post was prompted by today’s Daily Post prompt, and this week’s What If? Writing Challenge. What if you gave it a go?

25 thoughts on “Scare-raising: it’s not just for anyone anymore!”

This is Surfer Rob:

Here are (some of) his people:

These are some of their favorite posts:

Where the closest ocean is all in my mind . . .